California Association of Realtors’ Ballot Proposal with Proposition 13 in 2018

The California Association of Realtors® is launching a “signature drive” to place a new proposition on the November 2018 ballot that would expand Proposition 13 tax breaks for homeowners’ age 55 and older and for those who are disabled. This article reviews some of the pros and cons to this proposal.

Proposition 13 is the California constitutional amendment originally proposed in 1978 because homeowners were seeing very large property tax increases each year; in many cases, forcing many homeowners out of their home. Proposition 13 limited property taxes for all homeowners to no more than one percent (1%) of a home’s assessed value. In addition, assessments of property values could not rise by more than two percent (2%) each year, unless a property was sold, in which case, it could be assessed at full market value.

As homeowners age, there is often a desire to downsize; however, if the homeowner sold their home to purchase another home, their tax basis would increase to the market value of the new home. To many on a fixed income, it often means paying significantly higher taxes, for which they could not afford. The end result is the homeowners’ decision not to place their home on the market for fear of higher taxes. In 1986 and 1988 respectively, Proposition 60 and 90 was passed that allowed older homeowners a ‘one-time transfer’ of their low Proposition 13 taxes to a new home of equal or lesser value, as long as they were age 55 or over or were disabled.

The California Association of Realtors® is trying to solve the low housing inventory shortage that we are currently experiencing in California. The theory is that older homeowners are not placing their homes on the market due to the low tax benefits they are currently receiving through Proposition 13, thus contributing to the low housing inventory shortage. The California Association of Realtors® proposal extends Proposition 13 by allowing senior and disabled homeowners to transfer their low, existing Proposition 13 tax assessment to a new home anywhere in the state and using the option as often as they choose.

If they buy a more expensive home, they would pay the difference between that base and the market value. If they move into a cheaper home, their tax bill would go down. Here’s how it would work:

The effect of this proposal would hopefully be that the housing inventory would rise, making more homes available for new homeowners. Although this sounds like a good idea in principle, opinions vary widely, depending upon their view.

Let’s review some of these views…

As a homeowner, Proposition 13 has no real downside. Proposition 13 protects the homeowner from seeing large annual tax increases. Proposition 60/90 further benefits the older homeowner when they decide to sell, by providing a ‘one-time transfer’ of their Proposition 13 tax assessment to the next home of equal or lesser value. The new proposal would enhance this benefit even further by removing the one-time limitation and restriction on purchase price.

Elderly homeowners, who have already used their ‘one-time transfer’ and happened to move into a two-story home without a main-level bedroom, are now stuck should their heath condition reach a point where climbing up/down stairs becomes a struggle for them. They are effectively “trapped” in their two-story home because of their fixed income. Proposition 13 in these cases end up displacing these homeowners out of their home (and in many cases, forced to move out of State). As Realtors, we’ve seen this happen first-hand one too many times! A sad situation that has few options for our (retired) elderly.

By allowing lower taxes on homes valued much greater than the original purchase price of the home, the government would stand to lose significant tax revenues that is used to pay for public schools, etc. A conservative estimate is a loss of $1 to $2 billion dollars in revenue annually to the State. Opponents of the proposal say that it is unfair for people not to pay their fair share in taxes, and that taxes by home value is needed to support the increasing cost demands for government services, such as public schools. On the other hand, if older homeowners have a tax advantage to move without fear of increased taxes, this would allow young families to purchase these homes at current market value and therefore, increasing taxes paid to the government.

The California Association of Realtors® want to stimulate the real estate housing market by solving the low housing inventory shortage. Opponents will say that Realtors® only care about their commissions; however, to be fair, commissions are to Realtors® as paychecks are to every employee, especially full-time Realtors®. In other words, if the market where Realtors® work is stagnant, then it stands to reason that the California Association of Realtors® would want to find ways to stimulate the real estate market.

The California Association of Realtors® proposal should stimulate the real estate market; exactly how and for how long is up for debate. As a homeowner, the proposed changes are clearly positive, especially for older homeowners. Finally, there is a valid argument that this proposal would have a negative impact to government revenues.

If you would like to learn more about this proposal and how it might affect you personally, please reach out to our team. We’d be pleased to assist you and would be pleased to answer any questions you might have for me or our team. 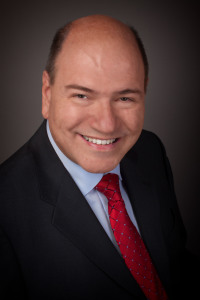